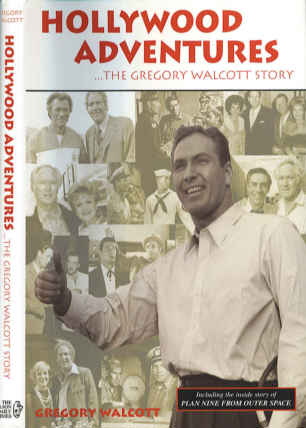 Greg Walcott guest starred in seven episodes of the western classic, Bonanza, and most remembered for his role as Farmer Perkins.  in the 1960 episode, “Death at Dawn.”

Other episodes that Mr. Walcott starred in were:

Will Cooper in "Riot"; Ed Thornton in "Thornton's Account";  Wade Turner in "A Darker Shadow"';  Sheriff Crowley in "My Friend, My Enemy";  Capt. Fenner in "Amigo"';  and Danny Morgan in "Song in the Dark".

It’s an in-depth look into his acting career and the multitude of famous people that he has worked with.

Send check or money order, made out to Wilson Daily Times, in the amount of $19.95 (includes s/h) to the following address:

Those that purchase the book and attend the 2005 Bonanza Convention are welcomed to bring the book with them.  Mr. Walcott has offered to autographed them.