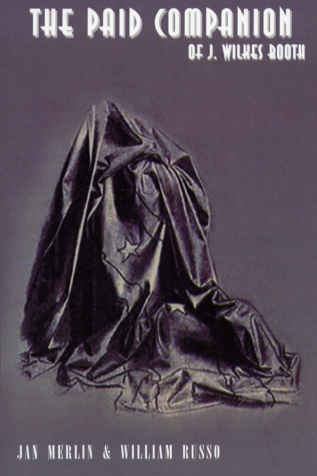 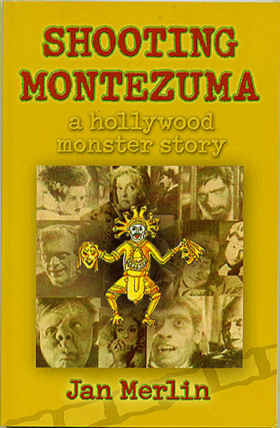 Jan’s books may be purchased directly from Xlibris.com/bookstore or on Amazon.com or ordered through local bookstores... cheapest is to order from Xlibris.

He has some books at his home and will autograph them if requested. Send requests to Debbie Beshears and she will let you know which books are available directly through him.  Her email is DLB1248@aol.com

Once it has been established which books are available through  Mr. Merlin, Debbie will provide his home address for those interested in ordering directly through him.

The following novels by Jan Merlin are available in hardcover or paperback from:  Xlibris.com/bookstore


Amazon.com or ordered through your own local bookstore.

The African story, GUNBEARER comes in two volumes, Part One and Part Two, so that is double the price of one.

SHOOTING MONTEZUMA... Celebrated stars and a legendary director make a film with a secret they cannot keep.
GUNBEARER...Part One and Part Two. These two volumes concern actual historical safaris in Victorian Era Africa, as told far more revealingly by an African who was present than what was published in their journals by the British explorers.
AINOKO... The tragic criminal existence of an AmerAsian boy born and raised in Occupied Japan (1946 thru 1952).
GYPSIES DON’T LIE... An immigrant woman struggles to raise her son and daughter in during the Great Depression Era and World War II.

CRACKPOTS... Two separate tales of odd treasures in the Fifties, having nothing in common but shores: THE BAKLA’S CROSS (Of a film company in the Republic of the ) and THE HIGH PRIESTESS (About residents of a notorious hillside in )

THE PAID COMPANION of J. Wilkes Booth... Was he a young Rebel deserter? An American Lincoln myth haunts and scandalizes as it explodes into final moments of guilt and horror.

Review From WESTERN CLIPPINGS - Feb.2004
(Review by Terry Harris) Jan Merlin, the excellent character actor who appeared in numerous western movies and TV series, usually in villainous roles, is also an author who has written several books. His latest, with co-author William Russo, THE PAID COMPANION of J.Wilkes Booth focuses on the life of Lewis Paine, the man who conspired with John Wilkes Booth to overthrow the Federal Government at the end of the Civil War. The novel deals with the events leading up to Paine’s attempted assassination of Secretary of State William Seward, Paine’s capture, trial, and execution by Federal authorities. What Merlin and Russo do so well is to take a potentially repugnant character, Lewis Paine, and present him in such a way the reader is rendered sympathetic to him. The Civil War and its effects on the teenage Paine make him an object of compassion. As Merlin says, “Slavery made him immoral, war made him a murderer, and necessity, revenge and delusion made him an assassin.” In many ways, Paine is like us, except he was taught to believe things we know to be wrong, were right. The novel’s searing indictment of the dehumanizing evil effects of a vicious Civil War on a young man’s psyche is compelling and sticks in your mind long after finishing the book. Highly recommended, deserves to be ranked among the best of Civil War novels. Available with a special discount ($18.69) direct from the publisher Xlibris <www.xlibris.com/bookstore. or call (888) 795-4274 or through <www.amazon,com>

Texas Review of:
A Plunge into the Pit
It is notorious that American history has many dark, terrifying places, but this new and carefully researched historical novel by actor/writer Jan Merlin and Professor William Russo plunges headlong into one of the darkest of those places. The novel focuses on a remarkable and enigmatic individual who is usually referred to simply as 'Lewis'--- his real name is not revealed until toward the novel's end. As if to demonstrate over and over that truth is stranger than fiction, few if any writers could have invented anyone even vaguely like the real Lewis, from whose viewpoint we observe the people and events leading up to, and following, the Lincoln Assassination. The novel is full of minor characters about which history does not preserve much information. Jan Merlin, with his sure actor's instinct, brings even the smallest parts to life.